An exclusive lodge in Tsavo National Park. Nestled in the heart of elephant country, Voi Wildlife Lodge is located in the Savannah grasslands of Tsavo East, Kenya, just 5km off the main highway connecting the Capital Nairobi to Mombasa.

Officially opened in 2003, the lodge is situated on a 25-acre site on the boundary of Tsavo East National Park, one of Kenya’s largest game parks with spectacular views of nearby volcanic outcrops, such as the Kasigau, Sagalla and Mwakingali Hills. Designed to blend unassumingly into the surrounding environment, the lodge boasts a natural waterhole often attracting big game, including elephant, lion, cheetah, buffalo as well as a rich variety of birdlife. 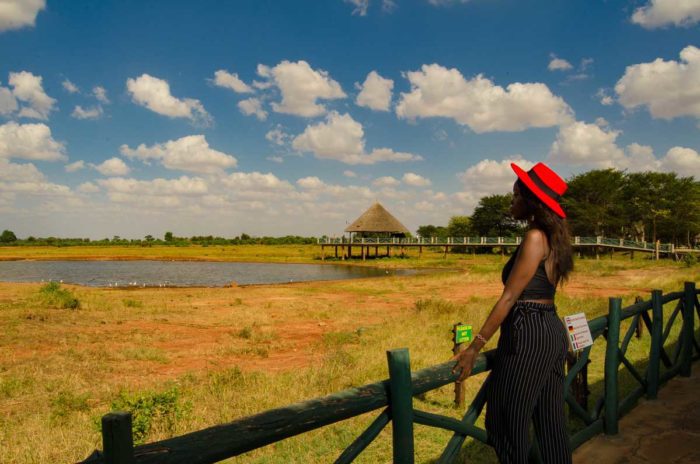 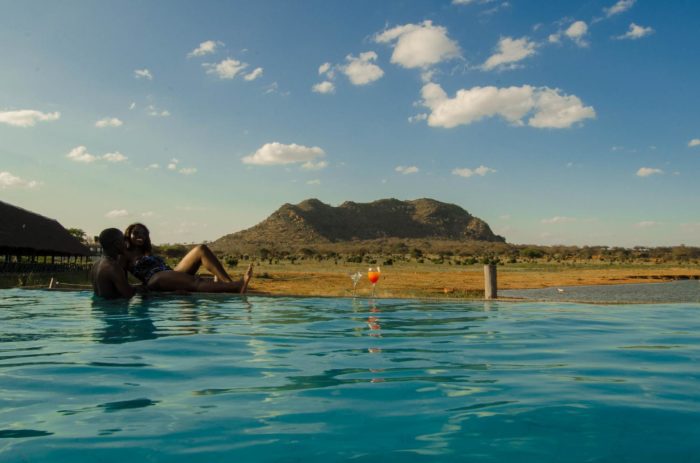 The lodge is ideally placed for visitors wishing to combine a ‘bush’ and ‘beach’ safari holiday in Kenya with its accessibility to Tsavo National Park and its close proximity to the coast. With temperatures in the day average 25 degrees Celsius and cooler nights, Tsavo East offers an ideal climate in which to relax, indulge in the many facilities on offer at the lodge and enjoy one of the world’s leading biodiversity strongholds.

Accommodating up to 300 guests, all rooms have spacious en-suite bathrooms and are furnished in African decor that is replicated throughout the lodge. The luxury rooms comprise two four-poster beds and views of the Savannah, which one can enjoy from the comfort of one’s balcony or terrace.